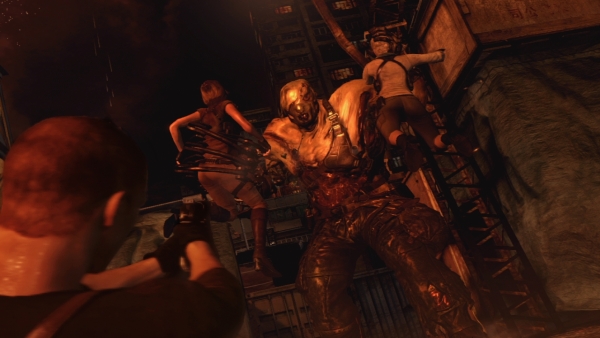 Capcom released more information today about its upcoming game Resident Evil 6. Resident Evil 6 will feature “Agent Hunter Mode”. This mode will allow players to experience the game from the other side, playing as one of the games Zombies, J’varo or C-virus mutations.  Players will posses the attacks and abilities of the specific enemy that they control, and will even have access to the J’varo’s transformations.

The official Capcom press release stated that the mode will work like this:

Agent Hunter Mode functions in a similar way to Dark Souls, which allowed players to choose whether or not they wanted to allow other players to enter their own game sessions. Once the player had entered they could either help the player or engage in PVP. It will be interesting to see how the mode functions, as the enemies in the Resident Evil series often provide little challenge for the human player when not in large numbers, so there could be the potential for players playing as the “zombies” to constantly die which could be quite frustrating. Most likely though, Capcom has figured out some way to balance it without changing the difficulty or feel of the game.

Resident Evil 6 is currently set to be released on October 16th, be sure to stay tuned in for more information as it gets closer to its release date.