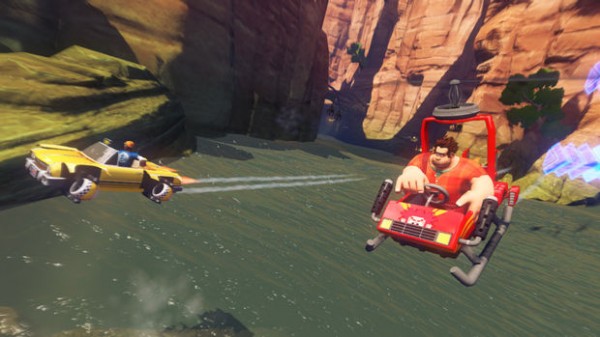 If you thought that the addition of Danica Patrick to the roster of Sonic & All-Stars Racing Transformed was strange enough, well at least the character that was revealed today is at least video game related in some way. Sega has revealed that the star of Disney’s Wreck-it Ralph will be a playable character when the title is released in November.

It seems that there is a good reason that this release is called Sonic & All-Stars Racing rather than Sonic & Sega All-Stars. Still… given the movie’s plot of Ralph hopping through video games, this at least makes a decent bit of sense. Either way, gamers will be able to pick up the title on well… practically every platform in existence minus smart phones and the Wii.