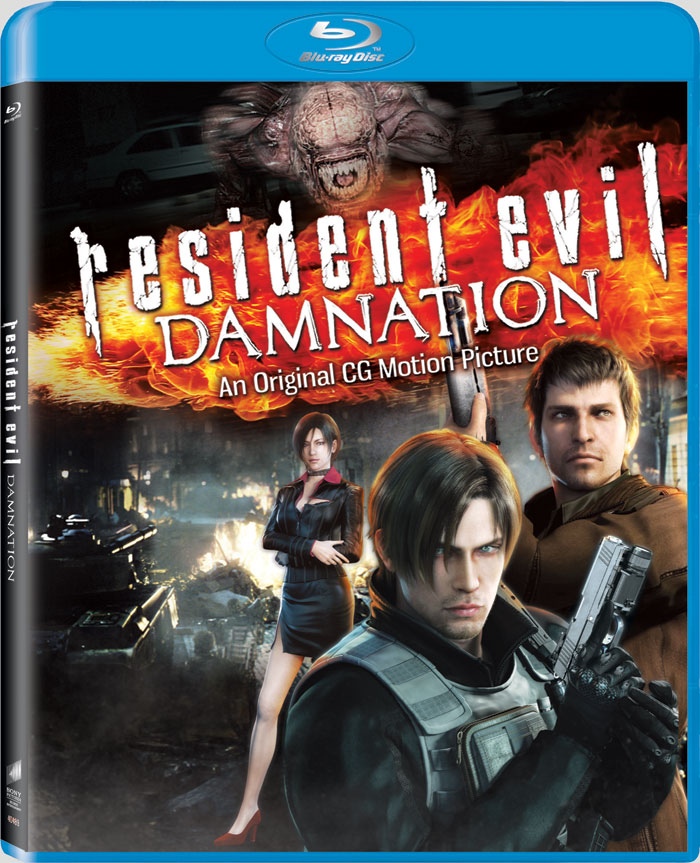 Load up your guns and get your boots on! Resident Evil: Damnation is coming on DVD and Blu-ray! Capcom has teamed up with Sony to bring you the wonderful apocolapyse movie based on the Resident Evil cannon. The movie is a sequel to the 2008 movie, Resident Evil: Degeneration. You can expect major sales for this release due to Degeneration’s $509K grossing when the movie released in Japan for 2 weeks in theatres. It’s also been noted that Degeneration also sold over 1.6 million copies worldwide. The movie will be priced at twenty-five dollars on DVD and thirty on Blu-ray (US$) and due out on the 25th of September 2012.

The disc also features loads of extras like a gag reel showing the actors messing around and a “Las Plagas: Organisms of War” featurette that provides you an in-depth details about the monsters and creatures appearing in the movie. For all of you who worry about who they casted for the movie, fear not, all actors from Degenerations will be returning and will be killing more horrifying creatures than the previous installment!