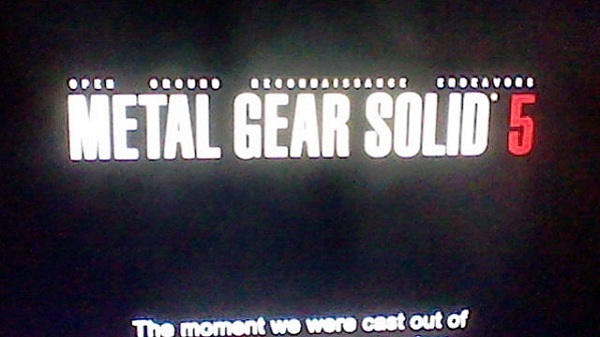 At the San Diego Comic Con rumors were running rampant that Kojima was showing Metal Gear Solid 5 to certain individuals behind closed does. Then the above image appeared online, though it appears that this image is simply a giant fake.

After Konami was notified about these rumors, they responded on their Twitter account stating “Fake or real, we love a bit of speculation!” Considering this tweet was not an actual flat out denial, people soon grew even more excited until the company followed up with yet another tweet stating “Seriously, just in case the ‪#pinch‬ ‪#salt‬ hashtags weren’t enough – the chap who claims to have set up the fake rumours has been in touch.” So while these rumors are unfortunately false, would you love to see yet another Metal Gear Solid title?