Yesterday Tecmo Koei revealed some gameplay footage showing off the white “DOA Angels” bunny bikinis which will be given to those who pre-order Dead or Alive 5 from GameStop. Today Tecmo Koei Japan released a relatively similar video but this time around they are also showing off one of the “DOA Devils” bikinis.

The footage below contains Kasumi and Hitomi in their white bunny bikinis but instead of Leifang we have Ayane in her black bunny bikini outfit. It is worth noting that those who want to get the black bunny swimsuits will need to pre-order the title from Amazon in North America. Those who simply can’t make up their mind and want both sultry swimsuit collections should probably pick up the collector’s edition then, because both swimsuit packs will be included with said edition. 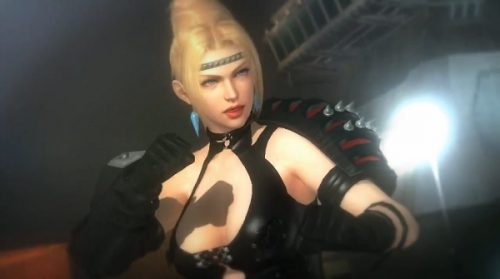