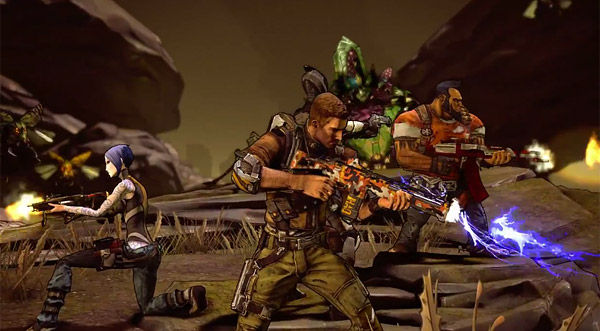 In an interview a panel at the indie game event Rezzed. Gearbox CEO  Randy Pitchford said that he wants Borderlands 2 on the Playstation Vita. Pitchford said

“I want to be able to have the character I’m working on with my PS3, and then when I’m on the road with my Vita I can just keep developing that same character because it exists on the cloud somewhere.”