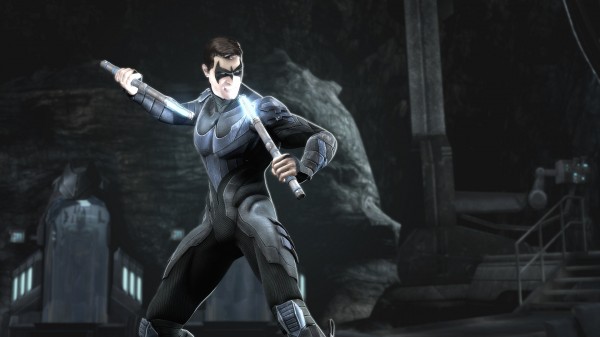 You may have caught wind yesterday that at the San Diego Comic Con two new fighters were announced for Warner Bros. and NetherRealm’s new fighter, Injustice: Gods Among Us. These fighters were Nightwing and Cyborg.

At the time of announcement we knew only a little bit about how these characters would look but today Warner Bros. released a slew of screenshots featuring these two showing some of their abilities off. Currently Injustice: Gods Among Us is set for release sometime in 2013 on the PS3, 360 and also the Wii U, however those who are at the San Diego Comic-Con convention or will be attending sometime during this week can try out the game at DC’s booth #1915.

Injustice Gods Among Us Launch Trailer