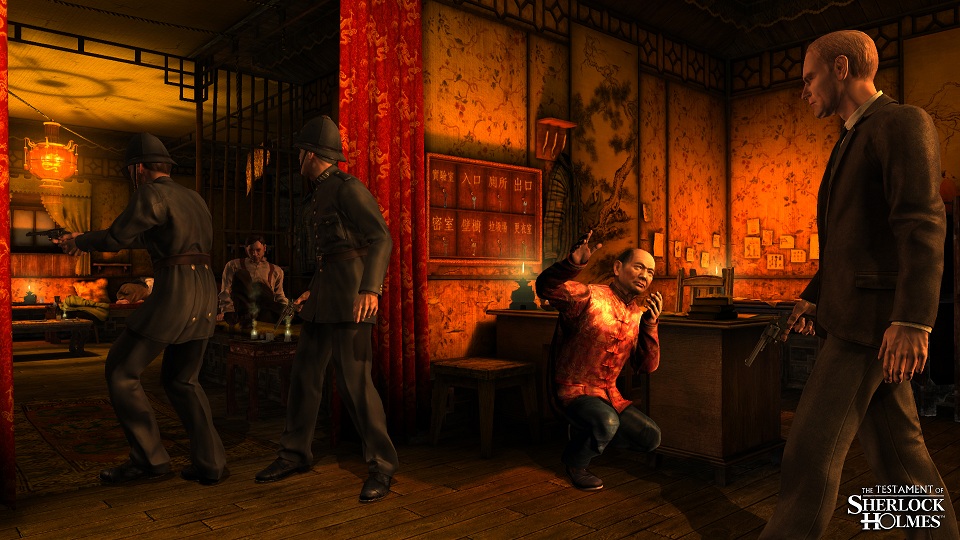 At this point, there isn’t much more to say about the Testament of Sherlock Holmes that hasn’t been said before. The screenshots just keep pouring out of this game, showcasing more drips and drabs of London a la Sherlock. The game is due for release in September of this year, and marks the first time that one of the Sherlock games will appear on an HD console.

The images that have just been released feature what seems to be an opium den and Holmes posing in a graveyard with a shovel (remember the tombstone in the trailer, is he digging his own grave?). Watson gets in to some amateur dramatics with an angry stranger and a gun, and then forgoes the use of a good old blanket rope in order to creep his way across some strategically placed planks. Click on the thumbnails above to see the full images.