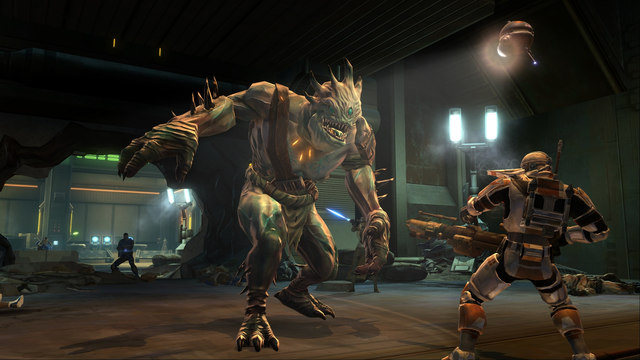 There will be a plethora of new content coming to Star Wars The Old Republic later this year and much of it will be cool. There will be new warzones, more higher level content like raids and daily quests, new companions to aid you in your quest, new species to choose from (and hopefully new legacy abilities to go with them), ranked PvP, character transfers as well as a new explorable planet with it’s own questlines and other content. The session also showed off some space-combat, which might have been a hidden announcement for more space missions.

Be sure to stay tuned for more info as it comes.

Star Wars: The Old Republic Relics of the Gree event announced for update 1.7