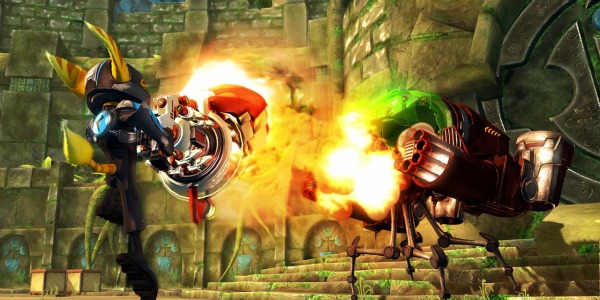 Early this year Insomniac Games announced that Ratchet and Clank was going to be getting the HD collection treatment under the name Ratchet and Clank Trilogy. Insomniac Games revealed today that the game has gone Gold and will be hitting Europe June 27th, Australia and New Zealand on June 28th, and the UK and Ireland on June 29th. No word get on the North American release though word is it will hit in September.

The collection includes Ratchet & Clank, Ratchet & Clank: Going Commando, and Ratchet & Clank: Up Your Arsenal. It will be great to finally get to play these games as I was late to the PlayStation 2 party and missed out on these great games. Will you be picking up the Trilogy when it is released in your area?