NIS America has primarily released games for Sony platforms exclusively in North America, however last year the company announced that they would be bringing a game called Clan of Champions over to the States and it would actually be the first title that would be released not only on the PlayStation 3 but also on the Xbox 360 and PC.

Unfortunately, NIS America revealed today that they will not be releasing the game on the Xbox 360 at all and will be simply releasing the game on the PlayStation 3 as a digital download sometime this summer. PC gamers can still expect to see a Steam release, though it will be later this year. No reason was given for the dropped support of the Xbox 360 version of the title, though with this being the first time we’ve heard about the game since its license acquisition last year, there may have been unforeseen issues. 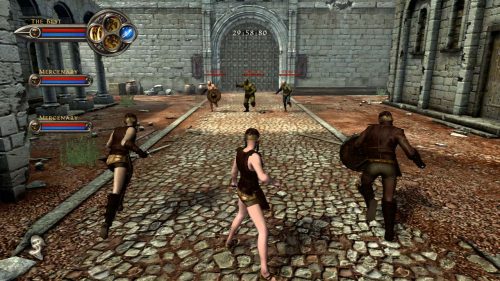