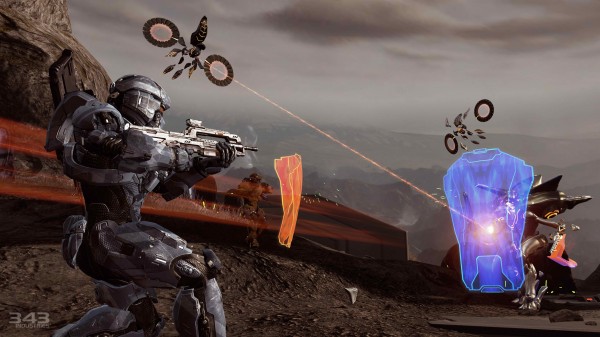 In the 3.5 years since 343 was founded, the studio has ballooned to 230 people.  During this growth period, they have been able to work on one of the most famous video games ever.  Microsoft has given them the lead on Halo, one of the most celebrated shooters ever. With great privilege though, comes great responsibility. To that end, 343 has retooled nearly every part of the engine that Halo is built with by rewriting or radically overhauling almost everything involved in production.  Halo 4 is the start of the next 10 years of Halo; its a new saga in the franchise.

When 343 was first starting out on development of Halo 4, they wanted to be bold and ambitious with the series, but also keep the classic gameplay that has won the game so many fans.  With Halo 4, they believe they have struck that balance.   At E3 2012, I was able to sit in during a behind closed doors demo of the game and I also think they have been able to innovate and energize the game, while still retaining everything that has made Halo great. This is a game that Bungie would be proud of.

One key element moving forward for 343 is to make sure that anything released involving Halo 4, whether it be books, toys, movies, etc. ties into the current Halo game on the market.  For example, the new Forerunner book by Greg Bear fits into the Halo 4 storyline.  Fans have expressed discontentment with the fragmentation of so much of the universe, when one storyline from a book might not intersect at all with a Halo game.  343’s goal is to change that and ensure that every piece of content extend the storyline of the game and add some meaning to the universe. 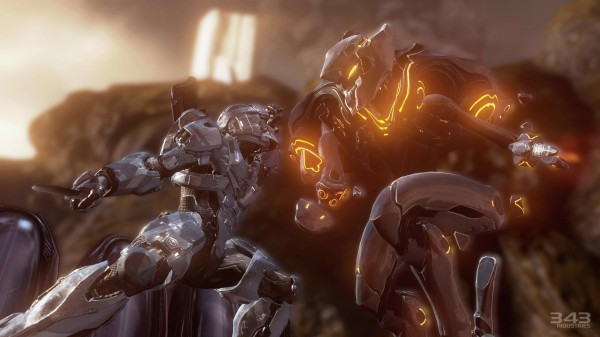 This demo focused on Spartan Ops, a groundbreaking new idea that extends the campaign through weekly updates of DLC. Spartan Ops is meant to be similar to a TV show.  Each update, or “episode” comes packed with 5 missions that can be played with up to 4 people. Best of all, there will be matchmaking, so if you don’t have any friends who play Halo, you’ll still be able to enjoy co-op in Spartan Ops.  In addition, each episode has a cinematic cutscene that is meant to be meaningful addition to the Halo universe.  And while Spartan Ops is the actual story portion, War Games (Deathmatch multiplayer, etc.) is meant to be a simulator, or a training excercise experience that the Spartans use in between their operations, thus proving that 343 is truly making Halo into a believable, meaningful and story driven universe.

Demonstrating 343’s commitment to Halo, Spartan Ops will not be using recycled assets from the main game.  Each episode will feature entirely original graphics and visuals.  According to Executive Producer Kiki Wolfkill, Halo 4 will “Double down on what makes Halo unique and different.”

One of the most prominent and drastic changes to Halo 4 is the addition of a loadout system.  You’ll be able to customize your weapons and armor abilities to your liking, name your load-out and carry it into battle. The Tactical Package menu gives you special abilities — like being able to carry a DMR and Battle Rifle at the same — without having to find each of them in the environment during battle. Of course, there are also numerous Tactical Package options that will enable many more options.

Plus, you can equip your favorite Armor Abilities and Support upgrades. Much like in Halo Reach, once you create your own Spartan, it will follow you everywhere — across Spartan Ops, War Games and Campaign. And, there will be a progression system that rewards you with additional enhancements, weapons, Tactical Package options and more. Although the majority of Spartan Ops missions will be infantry based, there will also be flying, driving, and all the regular missions that are typical of a Halo game, although it was promised that there would be a few surprises in store as far as mission variety goes. 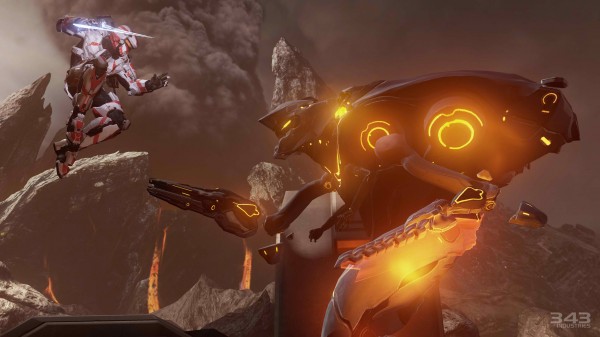 Spartan Op’s story begins 6 months after the Halo 4 story ends.  On the planet Requiem, the Covenant have found some Forerunner artifacts but it is up to you to nab them first. However, this planet is full of Forerunner technology and messing around with it often triggers traps.  For example, when trying to deactivate a shield, the defense system activated and new enemies — the Crawlers, the Watchers, and the Knights — attempted to kill the Spartans.

Crawlers are simple enemies that can be dispatched with one shot most of the time, but they attack in numbers and move very fast.

The Knights can be compared to Covenant Elites, except they also are able to slash with their claws, and they appear to be even more evil.

Finally, the Watchers are diabolical flying enemies that can spawn Crawlers, heal downed Knights and provide shielding to their troops.  Of course, these enemies are equipped with the clever AI routines of Halos past, making each encounter a lot more exciting than the simple scripted enemy routes of many games.

What would a Halo be without new guns? The Scattershot was showcased during the demo, and it looks like it will be a fan favorite. Although its shot pattern is similar to a shotgun, the Scattershot can also bank bullets off geometry, thus offering you a plethora of tactical options. 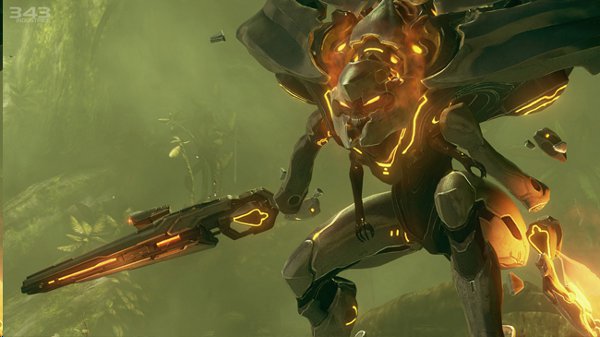 Spartan Ops will essentially be an entirely new campaign released through a period of months, much like a TV season.  Hence, Halo 4 is basically two games in one, and three if you count multiplayer options.You will need to be connected to Xbox Live to play through Spartan Ops, and although the first season is free with paid copies of the game, it is unclear whether used copies of the game also get access to Spartan Ops without a fee.  Also, once the first season of Spartan Ops is complete, will it cost to access the second season (if there even is a second season)? These questions will hopefully be answered soon.

Halo 4 releases on November 6, 2012. Are you excited or not excited about it?  Have an opinion about the game?  Leave us your thoughts in the comments below.