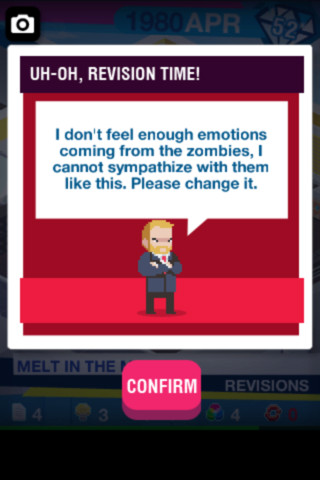 Think TV commercials suck? Have millions of ideas on how to make a REALLY good ad? Want to be a Mad Men without the fancy suits and the drama?  Insolita Studios and Thomas Egas released their latest game Campaign the Game. Dubbed as an advertising agency sillymulator, players will run their own advertising agency and will be tasked to create ad campaigns, meet clients, hire teams, and attempt to destroy their opponents at the Cammes Festival. Players have from the 1980’s to the 2000’s to woo clients from sensitive pirates to famous pop stars.

Campaign the Game is available for iPad, iPhone, and iPod Touch for $1.99 here.