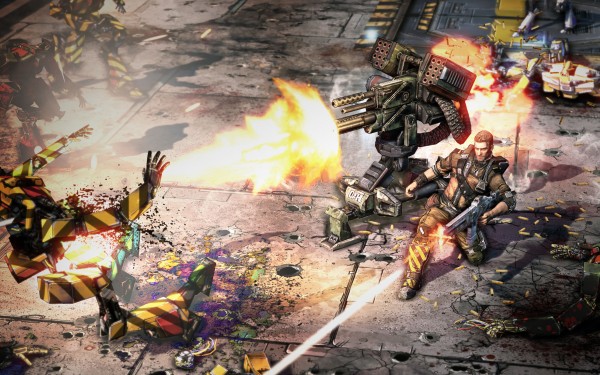 Out of all the E3 booths, Borderlands 2 may have been the loudest, blaring out a tremendous cacophony of dubstep while Claptrap showed off his stylish dance moves on a giant screen. Borderlands 2 is not focusing on a new gimmick to differentiate itself from the first game. All its trying to do is polish some rough edges, and give you more. More flash. More loot. More guns. More WUB WUB.

During the gameplay demo, I chose to play as Axton, one of the new characters that will be making an appearance in Borderlands 2. Right off the bat, I noticed that Borderlands 2 has fixed one of the most frustrating parts of the original: it is now much easier to collect the loot you want and have it work for you. And that is really important, as Borderlands 2 features so much loot, it nearly sent me into sensory overload. There are bajillions of guns, cajillions of grendades, gajillions of ability modifiers and more. If you thought that Borderlands was cool and had a ton of guns, then be prepared to be shocked with the sequel. Gearbox has applied the same “no gun is the same” mantra to nearly every weapon in the game. However, they have also focused on making sure that your weapons actually feel different from each other, which was a huge complaint in the first game. Now, each weapon not only has visual differences, but they actually feel different while playing with them, meaning that some guns will work better on some enemy types or in certain situations. 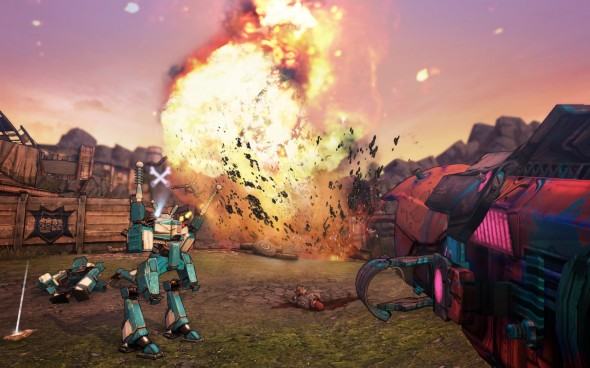 Of course, Borderlands is also an RPG, and the same insane level of customization is applied here. There were so many screens of options that I felt like I could just spend hours tweaking my character. And that is the only complaint I have with the game. There is just so many options, and so much loot shooting out of everything, it boggles the mind. It will be nigh impossible to see everything in the game, much less try it out.

One major improvement in Borderlands 2 is that Gearbox has been messing around with AI enemies in the game, making them much smarter and harder to kill. In addition, the graphics nearly brought me to tears because they were so beautiful. Admittedly, I’m pretty sure I was playing on a PC, but still, those visuals were eye candy on top of a banana split with 100 cherries on top. As if that isn’t enough, Borderlands irreverent humor is returning in fine form.

Borderlands 2 is looking like a spectacular game for those who loved the original and can handle ginormous amounts of loot.