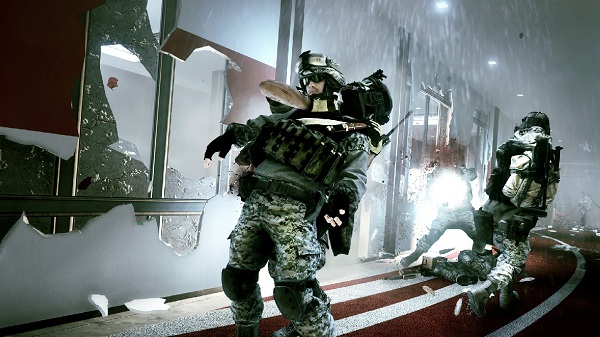 Playstation 3 owners should be in awe of the new Battlefield 3 expansion pack, Close Quarters, as it was released earlier today for Battlefield 3 players on that system. The soldiers on this platform now have access to the second expansion pack for the Battlefield 3 service a full week ahead of the Microsoft Xbox 360 and PC owners who have not yet purchased the Premium service.

The Close Quarters expansion pack focuses on very close and frenetic gameplay, which many players liken to Call of Duty but I think is much closer to F.E.A.R (Combat). Combat is a very tight affair with players battling over a few locations in a single building, or warehouse, in a cross between TDM and Conquest. It is A LOT of fun.

Close Quarters brings the following to the Battlefield 3 Experience –

Players can pick this expansion pack up for $23.95 on the PSN right now, for 1200 MSPoints on XBLA or $19.99 on PC next week. Or alternatively, you can purchase Battlefield Premium for $49.99 (PC), $64.95 (PS3) and 4000 MS Points (Xbox 360), which seems like it might be cheaper than buying all the Xpacs separately if these prices are any indication on future releases. Purchasing Premium will also give you (I think) a two week headstart on all expansions, which means that as a PC (or X360) player, you can be playing Close Quarters right now.

Battlefield 3 – New Map Art For You to Pine Over