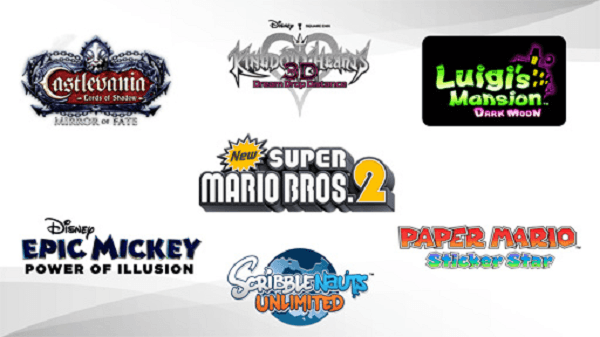 Now however Nintendo, namely Reggie Fils-Aime, revealed a slew of other digital titles including some third-party games which can be seen both above and in the list here: New Super Mario Bros. 2, Luigi’s Mansion: Dark Moon, Paper Mario: Sticker Star, Kingdom Hearts 3D, Castlevania: Lords of Shadow – Mirror of Fate, Scribblenauts Unlimited, and Epic Mickey: Power of Illusion.