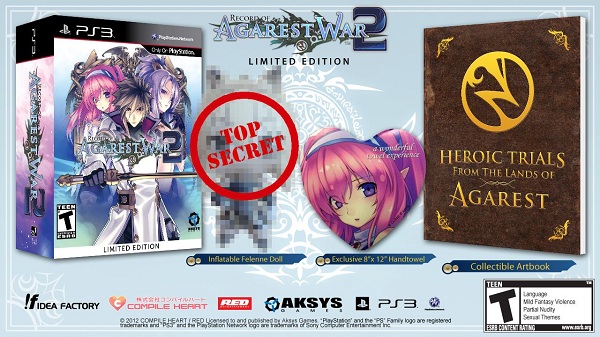 Do you remember how it was revealed on Amazon that Aksys Games’ Record of Agarest War 2 would have a limited edition that would contain an inflatable character doll? Well that turns out to be true as Aksys Games has officially announced their Limited Edition contents and released the above image.

The inflatable doll is blurred out at the moment but the character it will be representing is Felenne. Besides that the content will contain a “Heroic Trials from the Land of Agarest” art book as well as a 8″ x 12″ heart shaped compressed hand towel. The full details on these items can be found below, and those interested in picking up this Limited Edition will only need to pay an extra $10 when the game is released on June 27th. 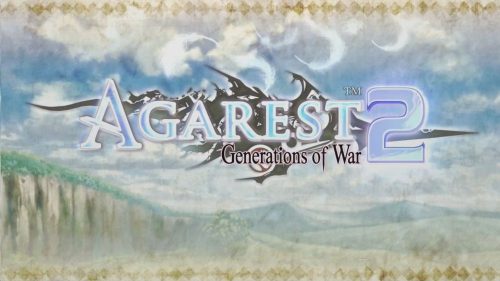