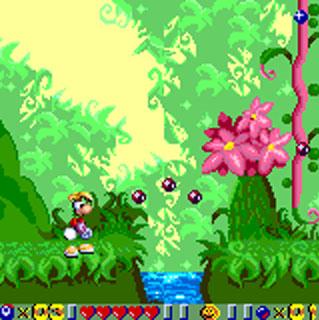 We don’t see a lot of Game Boy Color titles hit the 3DS’ virtual console, which is probably due to how many more original Game Boy games Nintendo have left to port. Either way though, Rayman is ready to make his Virtual Console debut in the form of his Game Boy Color offering. When will his holy Armlessness arrive you ask? Well, for both Europe and North America, the answer is this week.

Aside from Shantae (which is the best looking game on the classic handheld), Rayman was one of the most bold and colorful titles for the Game Boy Color, giving us who grew up with it a reason to upgrade from the green and black brick. Pricing has yet to be confirmed, but keep an eye out Thursday, as we will have all the juicy details on Rayman and Nintendo’s other eShop releases when everything is officially listed.