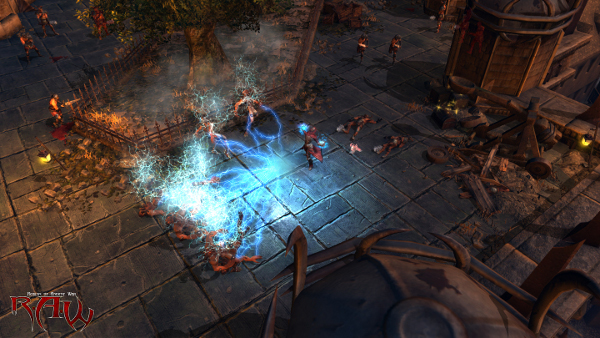 R.A.W. or Realms of Ancient War, being developed by WizarBox Games and published by Focus Home Interactive, has released a new video about playable hero number two, the Wizard.  Harnessing the elements of nature, the Wizard is capable of obliterating his foes with lightening, fire, tornadoes, and pure energy, but only as long as his mana will allow.  Run out of mana and the Wizard had better start running himself as he is a lightweight when it comes to taking damage.

R.A.W. tells the story of a continent destroyed by a war 10 years prior, where those sent to investigate a new threat didn’t return.  The hero must fight and defeat these enemies and gain more power and abilities as they continue their quest.  Coming out for the PC, Playstation Network, and  Xbox LIVE, the game will feature both single player and 2 person co-op.  Check out the new video below to get a good look at what the Wizard has to offer.