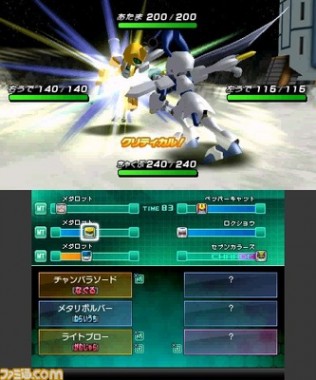 Natsume have revealed ahead of their appearance at the E3 Expo 2012 event that they are developing two new Medabots game for the Nintendo 3DS. Each game like previously instalments of the robot battling series will be two separate versions of the same game. The games will be titled Medabots 7: Kabuto Version and Medabots 7: Kuwagata Version.

Both games were unveiled by Natsume through Famitsu magazine and may be shown as part of Natsume’s E3 2012 line-up. This will be the Medabots franchise’s first outing on the 3DS and will feature an AR Trading Card Game released along-side it, with AR cards able to be scanned to unlock and battle Medabots.

Medabots 7: Kabuto Version and Kuwagata Version are slated for a Japanese release on the 17th of September, 2012. What do you think of these new Medabots games? Let us know in the comments section below.