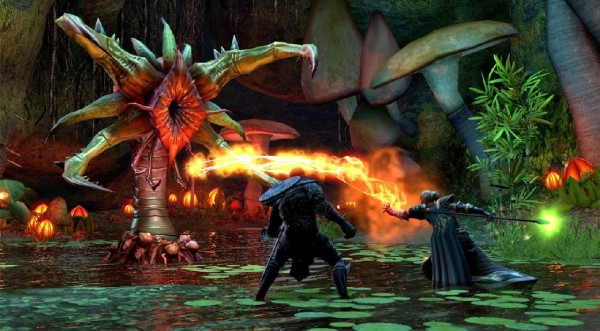 After being revealed yesterday and more details expected to be revealed in Game Informer’s it only makes sense that those details have already been leaked online at NeoGAF. According to the information the game has already been in development since 2007 with a team of 250 people working in that time span.

The game will feature full voice acting throughout the entire game and will be played in a third-person perspective, which is a change from the standard first-person play Elder Scrolls games are known for. Players will be able to explore nearly all of Tamriel though some areas will be locked off for future expansion pack releases.

The development team is trying to keep a good balance between the Elder Scroll series and standard MMOs with 100 vs 100 player vs player battles, hotbar access for skills and factions. Zenimax Online has also released a slew of concept art and images from the game itself which can be seen below and more details will be revealed officially in the July issue of Game Informer. 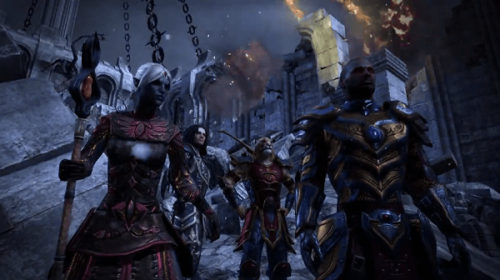 The Elder Scrolls Online: Tamriel Unlimited Now Available for Xbox One and PS4