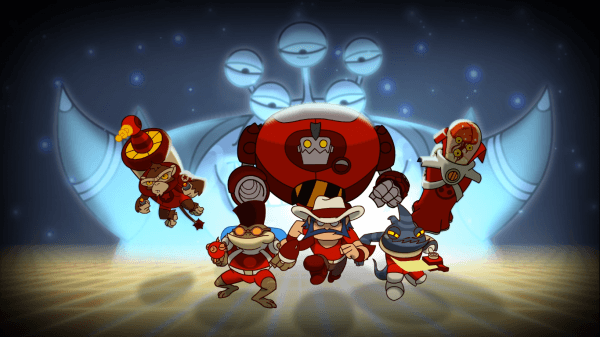 Yesterday the publisher of Awesomenauts, dtp entertainment, filed for bankruptcy. However, this will not affect the release date of the game, as Sony announced via Twitter today that the game will still be coming out tomorrow. Free for PS Plus subscribers, the game will cost $7.99.  XBLA fans will be getting the game on May 2.

Ronimo is the developer of Awesomenauts, a game set  “in the distant future,” where “conflict spans the stars” and  “huge robot armies are locked in an enduring stalemate. In their bid for galactic conquest they call upon the most powerful group of mercenaries in the universe: the Awesomenauts! Awesomenauts brings team-based competetive arena play to a platforming perspective. Play and customize several Awesomenauts as you storm the online battlegrounds and unlock loads of new abilities and characters for your arsenal. “

Inside Xbox – Microsoft has a webseries?

Awesomenauts Out Now On Steam