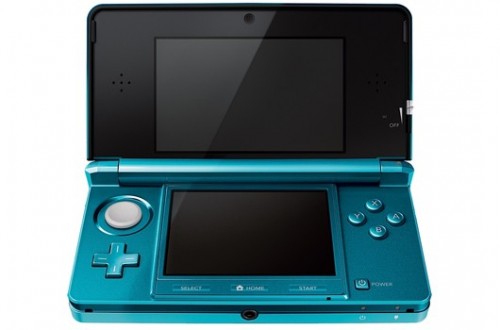 Nintendo have revealed that they intend to phase out the Aqua Blue version of the Nintendo 3DS in the coming months. As it turns out Nintendo has decided to no longer produce the Aqua Blue coloured 3DS which was one of the two available colours along side Cosmo Black at the launch of the console.

It is unknown why Nintendo has made this decision, but if you wanted an Aqua Blue 3DS now is the time to get it as they will soon be conclusively phased out in favour of a new line up of 3DS colours such as Flare Red, Misty Pink, Ice White and Cobalt Blue. The Cosmo Black version which launched alongside the Aqua Blue version does not appear to be going out of production, so that will still be available if that is the version you were after.

The phasing out of the Aqua Blue 3DS is currently only happening in Japan. It is unknown whether other regions will follow suite and phase the model out as well. What do you think of Nintendo phasing out what is arguably the most recognisable variant of their 3DS console? Let us know in the comments section below.