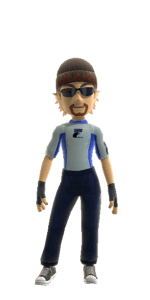 Entering a new month means some April showers of awesomeness with Xbox Live News with Pipper! I have failed to mention to all of our readers that I have done some sport fighting alongside my career in gaming. While not immersed into a console I was occasionally wrestling to prove my worth on the mat (take that however you want to). A sweaty victory is a victory none-the-less. The reason I bring this up is because we have a few sales including “King of Fighters” franchise. Let’s see what Xbox has in store for us.

With SNK providing a handful of fighting classics, Activision is making price cuts all around World at War and giving the Germans more to be happy about. Then again I am about 85% disgruntled German, so I probably don’t qualify. Oh, wait – that’s regional not heritage…

Here are the new releases from April 03 to April 13.

A few games will be made available for On-Demand downloads: FIFA 12, Game Party: In Motion, Kinectimals, Air Conflicts Secret Wars, and Jurassic Park The Game. Let’s see if we can make a fun phrase by conjoining words from these titles. Nothing like an air bound animal secretly playing footy with a T-Rex kind of party.

Okay, enough messing around. There are few Xbox Live Arcade titles to keep you busy as well as a plethora of sales on Activision titles. Get out there and try something new and tell us here at Capsule what you liked and didn’t. Thank you once again for reading, and always remember “Play Hard or Don’t Play at All!”