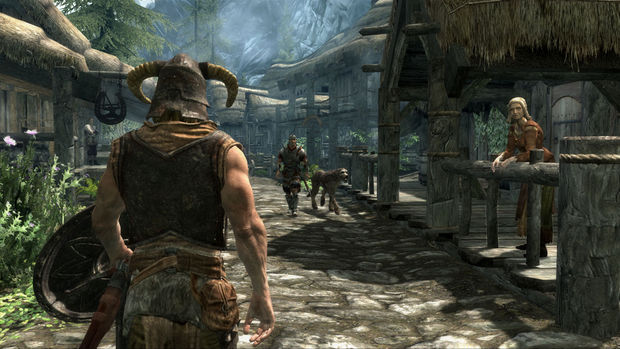 Some may remember that an intelligent modder implemented Kinect support onto the PC version of The Elder Scrolls V: Skyrim only a few months after the game was released, and it seems Bethesda just loved that idea. So much so in fact that they are planning on bringing official Kinect support to the Xbox 360 version of the game for free.

This means that you can now use your voice to activate dragon shouts, fiddle with your inventory, your map and more. Now it is worth noting that the Kinect support seems to only feature voice commands, but now we can finally shout FUS RO DAH at our televisions and actually have it happen. Check out some Kinect voice commands in action in the below trailer.

Finish off your enemies with a little more flair with Skyrim’s 1.5 patch

A glimpse into the world of Skyrim in latest Bethesda trailer