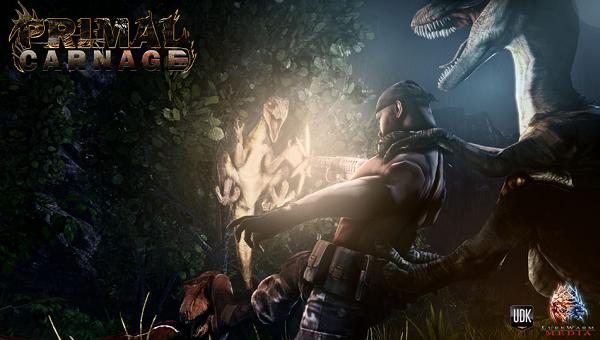 Lukewarm Media has found a publisher for its new game Primal Carnage in Reverb Publishing.  Reverb Publishing is a relatively new come publisher focusing on bringing independent game developers to digital platforms like PSN, XBLA, WiiWare, and PC.  Though they haven’t officially announced which specific platforms Primal Carnage is coming to yet, but come PAX East there will be a much better idea as it will be playable at Lukewarm Media’s booth.

Just what Primal Carnage is, is the kicker though.  Pitting dinosaurs versus humans in team based combat, the game will feature classed based combat and modern weapons for the humans.  Most akin to Team Fortress meets Left 4 Dead with dinosaurs in lieu of zombies, it features unique weapons and abilities between the 5 classes on each side, including raptors and T-Rex for the dinosaurs.  Check the video below for an idea of what’s coming and gear up to take down some dinos or munch on some humans.