Over the past weekend news broke of the founding of a new anime distribution company within Australia and New Zealand. That new company formed at this past weekend’s Supanova Melbourne. The company is founded by former CEO of Siren Visual Eric Cherry.

This new anime distribution company is titled Hanabee. At this point in time the company holds the license for two non-anime series, The Guild and Red vs. Blue (which Cherry himself has brought over from Siren Visual). However Cherry has gone on to state that Hanabee will indeed be licensing and distributing anime titles, “Definitely! After being involved in licensing some really interesting stuff while at Siren including Dennou Coil, Kaiba and The Tatami Galaxy it became obvious that there’s a really rewarding challenge in trying to make the anime market down under a more interesting one. I like some of the innovative ways companies like NIS America and Aniplex of America are navigating through the USA market, and Hanabee aims to expand on that down here. ”

Since the companies first appearance at Supanova Melbourne this past weekend, Hanabee has opened both it’s official website and facebook page. They are both however currently scarce in terms of details on the companies future. Cherry did however confirm that title announcements are forthcoming, so definitely keep an eye on those two pages.

It is without a doubt a pleasure to see more companies forming with the intent of bringing anime down under and with the founding of Hanabee, the landscape of the Australian anime industry has been changed dramatically.

What do you think of the emergence of this new anime company? Let us know in the comments section below. 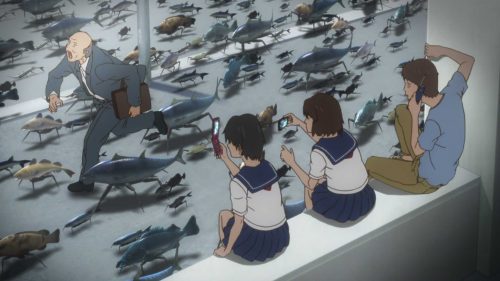 After Party with Roosterteeth