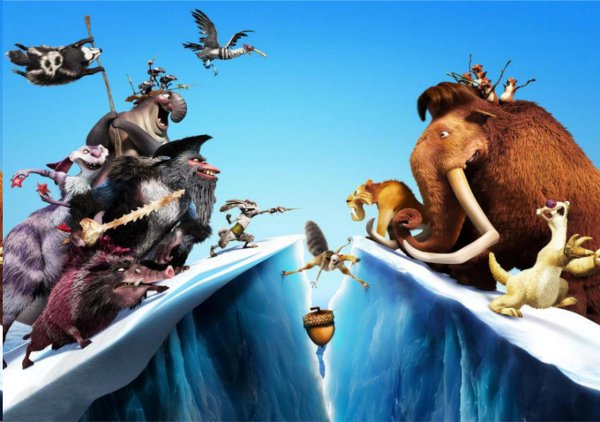 Activision Publishing and 20th Century Fox have teamed up again for the next Ice Age movie tie-in.  Ice Age: Continental Drift – Arctic Games is gearing up for a Summer release to go along side the Ice Age: Continental Drift movie. The game is planned for release on Nintendo’s 3DS, DS, Wii, Kinect for Xbox 360, and in Europe the Playstation 3 and PC.

The game will feature sporting events such as ski jumping, ice smashing, and glacial hopping that will utilize the different systems motion controls.  Why all the events?  Well, Manny and the gang seek to divide the treasure of some pirates that they meet when their island goes adrift.  Who will keep the treasure is up to the player, depending on which side they choose to play as.  The game is designed as fun for the whole family, so keep your eyes out this Summer.