Dragon’s Dogma treads the fine line between single and online multiplayer in the most original and different way that an Action RPG can.

Sitting down with director Hideaki Itsuno, it is impossible not to like him. He’s energetic, super animated, and obviously in love with his job. And why wouldn’t he be? As a director at Capcom, he’s headed a fair few teams that have released some genuinely classic action games (such as Devil May Cry 2-4). And Dragon’s Dogma certainly has the ability to become a classic.

Coming up with the aspect that sets a game apart from all the others of the same genre is the most important part of development, and Capcom has certainly brought that different element to Dragon’s Dogma in terms of the Pawn system. You have a main controllable character and three Pawns in your team, which includes your main Pawn and two others that you have effectively borrowed from other Dragon’s Dogma players. And that’s where it gets interesting. 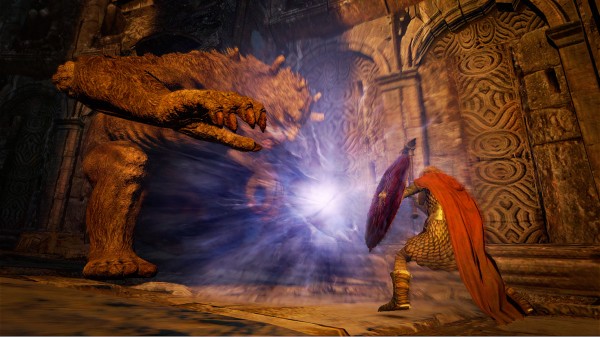 Every time you check into an inn during the game your Pawn and their stats are uploaded onto the server, allowing them to be ‘hired’ by anyone else. Why would you want this to happen? Well for their service your Pawn receives Rift Crystals, as well as being able to receive presents or messages from the player who has borrowed them. These items are added to your account the next time you check into an inn, so the goal is to make your Pawn as desirable as possible. You can also advertise your Pawn around, using social networking such as Facebook and Twitter, and have automatic access to your PSN or Xbox Live friends’ pawns.

To hire a pawn you can find them on the streets, or can enter the Rift through Rift stones and do a more specific search, for level, vocation, gender, and so on. It is free to hire a pawn equal or below your level, but as they have higher levels they begin to cost you Rift Crystals.

Being in the Rift can also show you the top 100 ranked Pawns, as well as ‘special Pawns’ which are recommended by Capcom themselves. You select five Pawns you’d like to enter the Rift, then pick which ones you’d like to hire. You can only have three at a time though, so don’t think you can get greedy and have a whole Pawn army behind you. 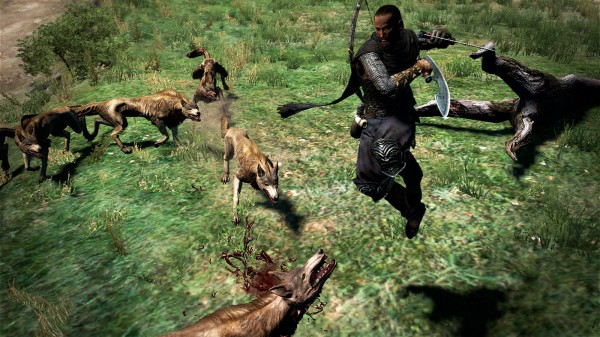 Your main Pawn will be your constant companion throughout the game, and the only Pawn whose abilities and vocations you can control. At the beginning of the game you create both your main character (the Arisen) and your main Pawn. The range of customisable options is huge, and sort of reminiscent of the huge amount of customisation options you see in games like The Sims. Everything from scars, to making them blind with permanently shut eyes, to having two different eye colours, to their build and their posture. The only aspect which might cause some sadness is that your main character must be human. The same of your Pawn, though they only appear human, they’re more just a humanoid race that loves being subservient to humans. With your Pawn you can adjust their personality, making them aggressive in battle, helpful to others, or have them scout ahead. These aspects can be changed later on in a ‘Knowledge Chair’, if you’ve decided your original choice isn’t quite so fitting with your fighting style.

There are also nine vocations to choose from, which might factor into your character build. Making your character larger causes their blows to have more power, so the obvious vocation is a hack-and-slash fighter, while having them small makes them quicker on their feet, so a Climber would work better. Never fear, these vocations can also be changed with a quick visit to an inn.