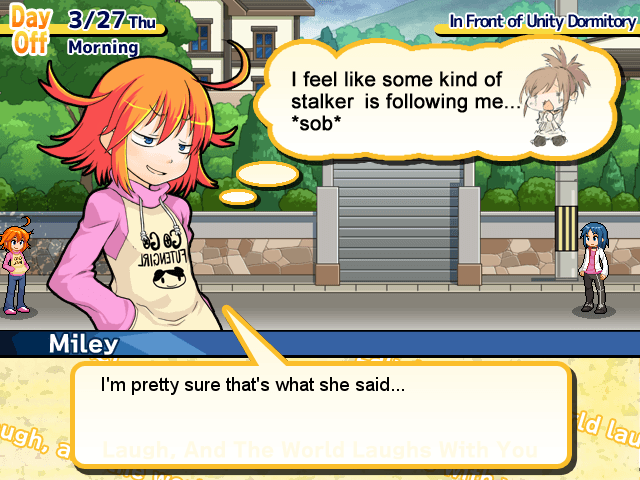 Nyu-media is a small startup game localisation company that is focused on bringing Japanese games over here to the west. Cherry Tree High Comedy club is one of those Japanese games. The game has been localised for western audiences, which means that it has been translated to fit western tastes.

Cherry High Comedy Club is about a girl named Miley Verisse who wants to start up a comedy club in her highschool. However, in order to do so, she needs to find another 4 startup members else Octavia Richmond will not allow for the club to be created. Here is a quote from the publisher about the game –

Comedy fanatic and high school student Miley Verisse has decided to set up a comedy club in her school, but her nemesis and the head of the student council, Octavia Richmond, isn’t about to make things easy… The school rules require a minimum of 5 students to set up a new club and Miley is 3 people short! Spring break has just started and Miley has until the end of April to recruit the 3 new members she needs to start the club or Octavia will have the last laugh!

The game has an amazing feature list, which involve things like levelling your character, exploration, recruiting additional members for the club and more. The game is also localised in conjunction with Tezuka Productions, so it’ll be pretty well done. Here is a reproduction of the features –

The game will be launching at $7.99 at the Official Website on the 27th of April, 2012 and will be coming to other distribution platforms later in the year. Be sure to check out the trailer embedded below. 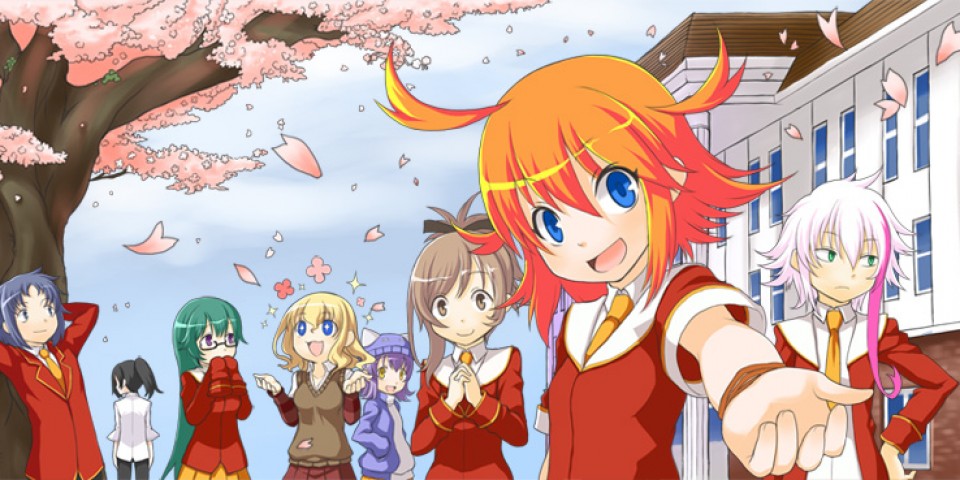