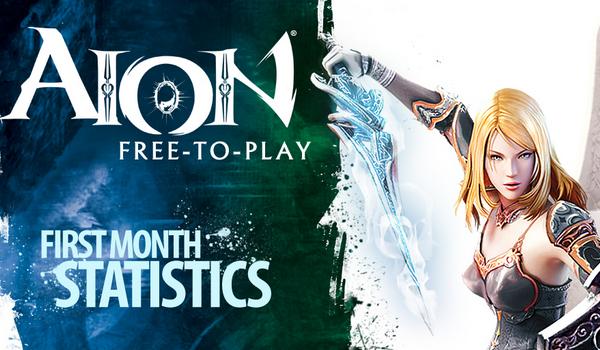 At the end of February, Aion became Free-to-Play and has now released some information from their first month with the model.  How did it work out for them?  Well since the switch, Gameforge’s servers have added 750,000 new players, which comes out to about 20,000 new each day.  While, active daily users is 5 times greater than before free to play.

With this success, NCsoft is currently working on Aion‘s 3.0 content update, which will increase the level cap, more areas and instances to the land of Atreia, a housing system, and new mounts.  Aion features a lot of unique features for an MMO, such as a mentoring system for beginners, where they can be be aided by an experienced player.  Anyone interested in getting in on the Free-to-Play action, maybe even their own mentor, should check out their website HERE or those interested in more in depth stats can find them HERE.