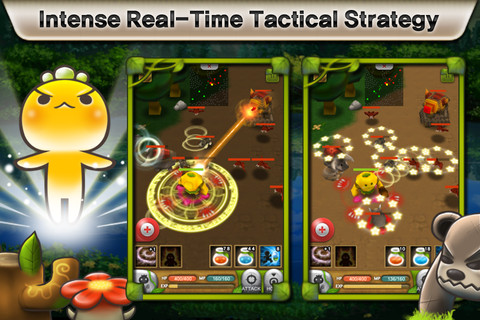 Defense of the Ancients Clone, Plants War for the iOS, now has a new trailer to draw in new players. This free to play game is now on the app store for players to grab and play whenever they please. The game will also be playable on all iOS enabled devices (iPhone, iPad, iPod).

To quote the video –

The game itself looks fairly interesting, it’s just too bad that there are so many other DOTA clones out there vying for the same audience. Fortunately this one of the only DOTA clones for the iOS, making this ideal for DOTA players on the go.