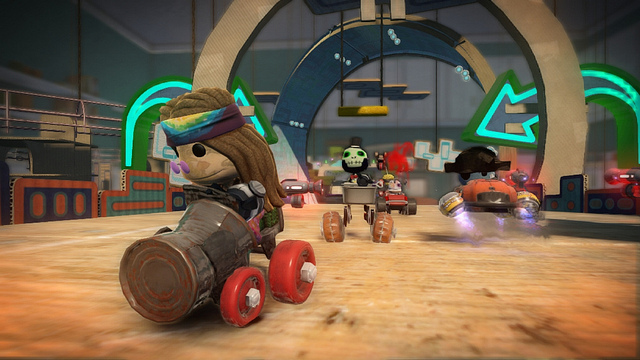 After an accidental leak about a possible LittleBigPlanet racing game back in February, Sony has chosen today to officially reveal the title under the previously rumored name, LittleBigPlanet Karting. The same developers behind Modnation Racers, United Front Games, is going to be handling the racer and promises the same level of detail that the original developers of LittleBigPlanet had.

Like past titles, LittleBigPlanet Karting will feature a full creation and customization system that will allow players to create new levels, racers and apparently even ” modify the rules of the game itself to create completely new modes and challenges” or so United Front Games senior producer James Grieve says. Currently the title has no solid release date beyond sometime in 2012 on the PlayStation 3.

So… with another racing game with customization coming to the PlayStation 3 will it be too similar to Modnation Racers to justify purchase or will the combination of LittleBigPlanet and racing be too much to resist? Check out the trailer below to see just how superior LittleBigPlanet Karting looks already.