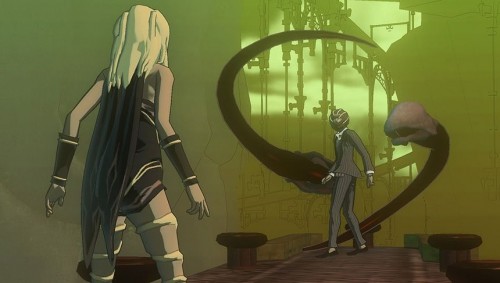 After the announcement of the North American release date for Gravity Rush, Sony Europe have revealed that the Playstation Vita game will head to European and PAL territories June 13th, the day after the North American release. Accompanying the announcement came the revelation that the game will be released on the Playstation Store and at retail. This reversal in Sony’s initial decision to release a digital only copy in Europe and PAL territories has been met with sighs of relief from European customers, who now don’t have to import a physical copy of the game from North America.

Gravity Rush has already seen a release in Japan on February 9. The game includes a female lead named Kat who has the uncanny ability to control gravity, yet she has lost any memory of herself. She wakes in a futuristic world under attack from unknown forces. Various gravity storms appear in the sky out of no-where and wreak havoc while strange creatures terrorise the population. It is up to Kat to defeat these creatures and save the world.

Sony Confirms the Playstation 4 will be Used Game Friendly