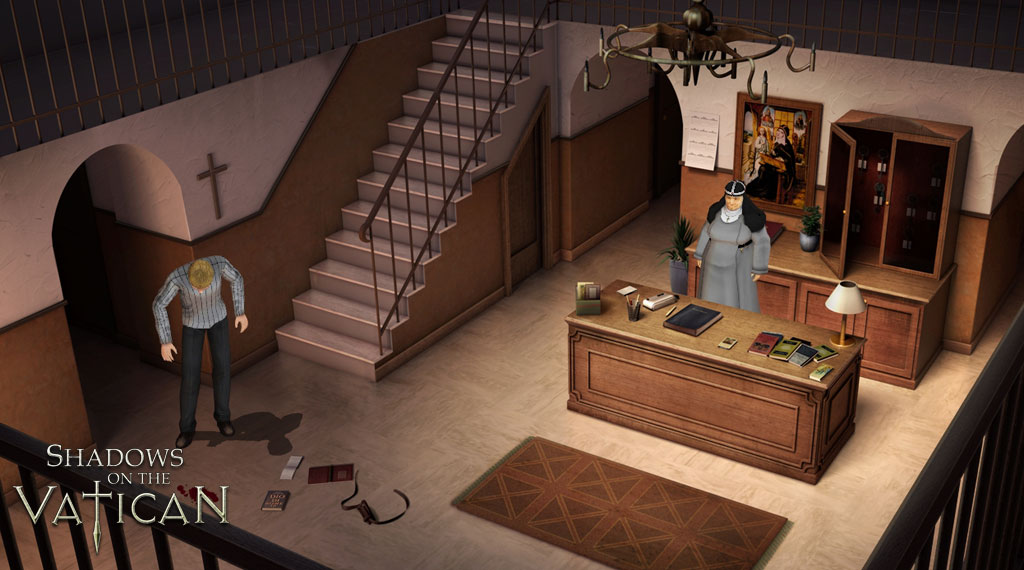 The English version of Shadows on the Vatican – Act 1: Greed is now available for purchase for $7.49USD on Zodiac, a new digital delivery platform primarily on adventure and casual games.

The first of four acts, Act 1: Greed is a point and click thriller featuring well integrated puzzles and several hours of gameplay. The game follows James Murphy, an American ex-priest now living as doctor in Chicago as he goes back to the Eternal City after leaving the Catholic Church. He and his best friend, Father Cristoforo, get entangled in a web of mystery after digging deeper to what at first was just a missing briefcase. With the Vatican’s apparent involvement, what will they come across now?

Bing Shows Love to Casual Gamers with over 40 Free-to-play titles..