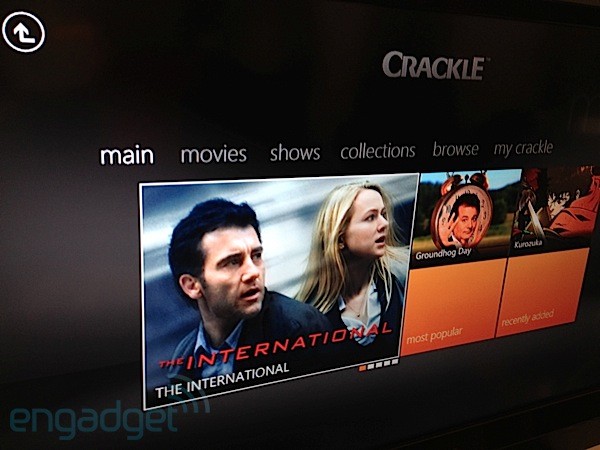 Xbox Live is celebrating the release of yet another new multimedia app. This time it’s Sony Pictures Entertainment’s video entertainment network Crackle. The app is free to download from the Xbox Live Marketplace from today in Australia, the US, UK and Canada.

So what will Crackle give you? If you have an Xbox Live Gold Membership, Crackle will allow you to stream TV shows and full length movies for free: the trade off being that everything is ad supported. Some of the content on offer in Australia includes the movie Sniper, various anime including Blood Plus and Viper’s Creed, and a host of original programming designed to hit the apps target market – that’s right “18-34 year old males with internet enabled devices”, they’re looking at you.

The app also integrates some Kinect functionality, so you can command your Xbox 360 to play your Crackle content using only the power of your voice (and a few random movements of course). Users will also be able to search Xbox Live for content, which will be regularly refreshed with premiering movies and shows.