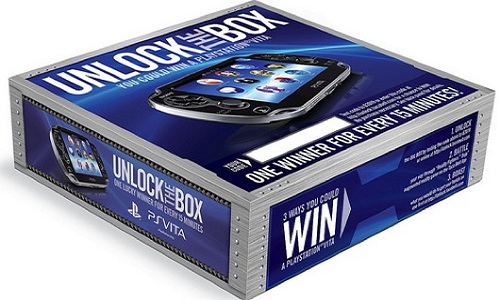 Continuing its trend of gamer oriented promotions over the past few years, a new promotion has sprung up for Taco Bell in North America. Taco Bell has revealed today that they are now offering three ways to win a PlayStation Vita and only one of those three involves ordering food and eating it at Taco Bell itself. From January 26 until March 11 Taco Bell will be giving away a PlayStation Vita every 15 minutes (or so they say) to people who order a $5 Buck Box.

The boxes come with a code that can be entered online and will let you know if you are an instant winner. The other ways to win the contest include playing the “Reality Fighters Dojo” minigame inside of the Taco Bell mobile app or by putting your photo or video online to “boast” about your want for a Vita. Anyone who wins this contest will receive a 3G Vita, Little Deviants, a 4GB memory card and their choice of ModNation Racers, MLB 12 the Show, or LittleBigPlanet.