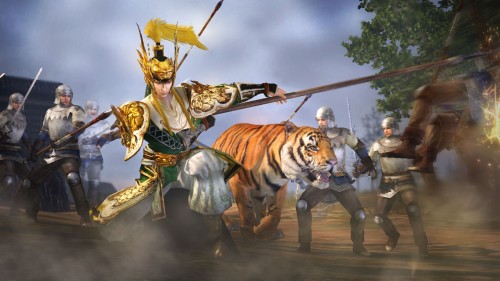 While this isn’t an official announcement from Tecmo Koei per-say, the Tecmo Koei Europe community manager Chin Soon Sun has responded to multiple questions about the Japanese named Musou Orochi 2 being brought over to Western shores. On his Twitter account he stated the following: “Sorry if I can’t manage to answer everyone. Not in the UK at the moment. But Warriors Orochi 3 IS coming to oversea on both PS3 & Xbox 360.”

The title will be called Warriors Orochi 3 due to various naming issues, and the fact that Warriors Orochi 2 has already been released in the West. Currently Tecmo Koei hasn’t set any release date or made an official announcement, but we have contacted Tecmo Koei to see if they would be willing to make any statement on this response from Chin Soon Sun.