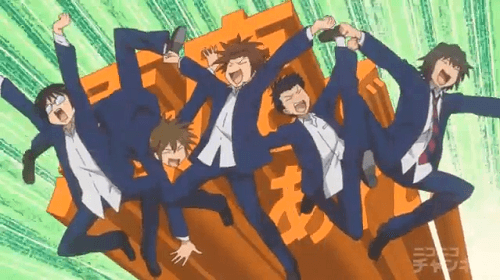 For those who don’t know, Daily Lives of High School Boys is a gag manga that has only been airing in Japan for the past three weeks and follows the everyday life of Tadakuni and other boys who attend a boys only high school. This is the second license acquisition for NIS America this Winter 2012 season after their licensing of Brave10 which possibly means NISA is quickly moving into the anime business.