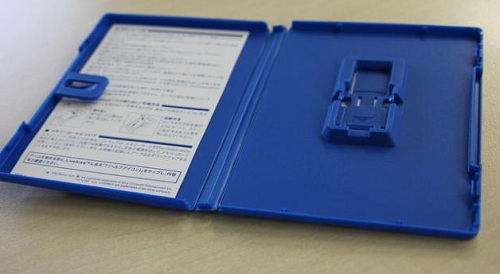 Capcom themselves stated recently that Ultimate Marvel vs Capcom on the PlayStation Vita would not have an actual game manual included in the package, but instead would contain an in-game digital manual. Now it seems that a number of titles will be taking this route as Japanese website Inside Games has managed to get their hands on a Vita title before the handheld’s release tomorrow in Japan.

With this, they found that the package only contains the game itself and a sheet of paper with the various warning messages and firmware update notification. They also state that PlayStation Vita titles do away with the paper manuals in favor of digital ones. However this is not the case, as an unboxing video for the Vita and a number of titles show that Dynasty Warriors Next indeed comes with a full manual as you can see below. Also for those interested in the cartridge size of the Vita’s games, you can find a size comparison with a 3DS game card, Micro SD card and normal SD card from the same website.