The PlayStation Vita may not be coming out in Western regions until next year but it just has been released in Japan and of course, the first thing that the people who bought it are going to do is play it right? Well, a few of those people may begin playing the title but at least one person figured that the best thing that they could do at the moment is to pull out every old handheld gaming device they own and compare the sizes of each.

In a picture found by Hachimaki, the PlayStation Vita is visibly one of the larger handhelds released in recent years, however there are certainly some massive ones there as well. Also you can take a look at some of the Japanese box arts for the launch titles in Japan. So, here is a quick challenge for everyone, in the image below can you name all of the handhelds shown? Leave us a comment if you feel up to the challenge. 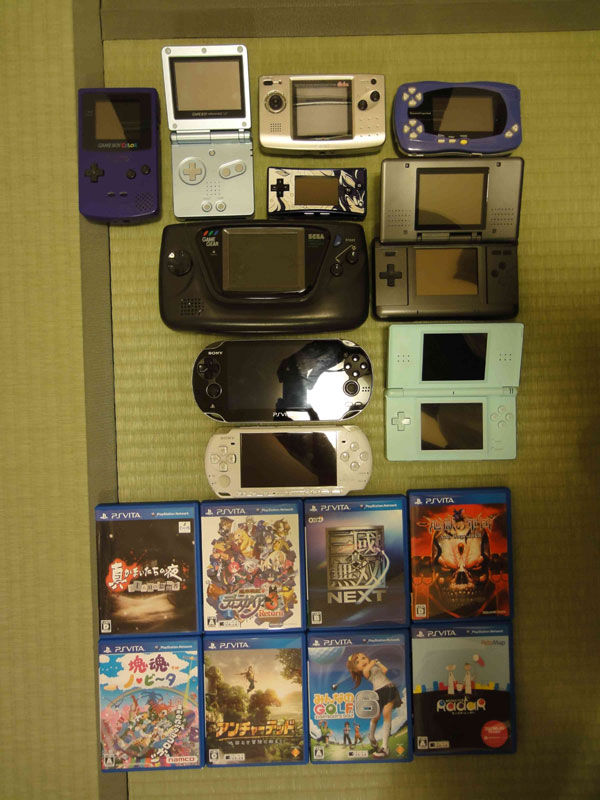