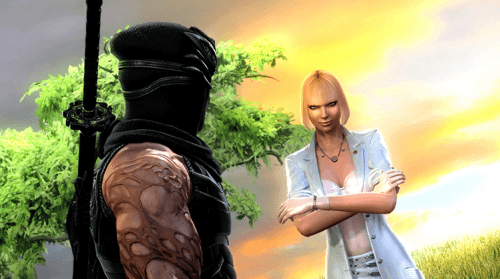 Tecmo Koei has released a whole slew of new information for when we can expect to see Ninja Gaiden 3 and how players can pick them up and even give them some incentive to pick them up from certain retailers. Eager fans will be glad to see that the title will be available in stores on March 20th in North America and March 22nd in Australia for the PlayStation 3 and Xbox 360, and if they feel like dropping some extra money on the title they can also pick up the $99.99 Collector’s Edition.

Buyers of the title can pre-order from Amazon.com and receive Ayane and Hayate to battle against one another while pre-orders from GameStop will offer Hitomi and Ryu Hayabusa. Being a huge fan of Hitomi, it would be easy for me to make the decision on who to pre-order the title from, or you could still buy the Collector’s Edition and receive all four without the need for pre-order.

Mila revealed for Dead or Alive 5 in leaked story trailer