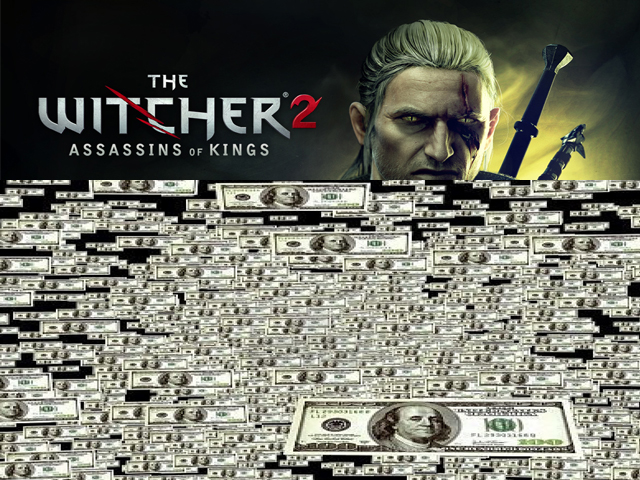 In what could be seen by many as a complete turn around regarding their views and stance on piracy, CD Projekt RED have sent out thousands of legal notices to alleged German pirates of the Witcher 2, asking for payment for the game and threatening court action for any non compliance. Not long ago, Marcin Iwinski, co-founder and CEO of the studio spoke out against the use of DRM as an anti-piracy measure, saying his company was focused rather on bringing more value to loyal paying customers. CD Projekt have since issued a statement to the press, stressing the point that its non-inclusion of DRM in its titles is definitely not to be seen as a “green light to pirates”.

According to Torrentfreak, the payments have been up over the $1000 mark, something which CD Projekts Michal Nowakowski denies, stating in a recent interview with PC Gamer,  “In terms of the compensation, the amounts that were circling around the internet were higher than what is actually asked from people as a settlement.” The actual number requested is private as part of the settlement’s confidentiality, but Michal wanted to make clear that no one was getting rich from the pirates. This all begs the question of how exactly the studio is hunting down the alleged pirates and making sure they have got the right person for the crime.

While I’m sure we all trust the unnamed methods CD Projekt RED’s hired unnamed security company are using to find these alleged pirates, how are they possibly going to decipher between users within any household or living arrangement with multiple dwellers. Nowakowski is confident that their wont be the same backlash as previously seen in other cases where studios employ these Nazi like tactics to round up pirates. I live in an apartment building and get over 10 different WI-Fi connections. While they are all encrypted and I have an unlimited connection, it wouldnt take much effort to hack into these networks and download whatever I please. Perhaps someone with a bit more knowledge than myself on wireless networks and packets can explain if they can possibly identify me as the offending target. Personally Im pretty sure they cant but like most things in life I could be wrong as well.

It will be very interesting to see which way this goes, and while it doesnt seem like it will become an industry norm to hunt down pirates, it could provide many other studios with the incentive and legal means to behave in a similar manner. Unless the game has an inbuilt feature that can sense a pirate and activate their webcam, I cant see how they are doing anything different than tracking individual IP addresses. If so, I really cant see it holding up in court, unless of course you happen to live in Germany, where the laws are much more in their favour. Let us know what you think, is this going a bit too far or are CD Projekt justified in their actions. Whatever the outcome I cant see this as being pre-meditated in an effort to increase profits through any means possible, but its clear the only ones profiting from all these legal battles are the lawyers and their wallets. It all has a slightly deceitful feel to it, almost like a setup of sorts,but maybe thats just me being paranoid. Oh and also, what if someone who has subsequently purchased the game but also downloaded it recieves a letter; are they obliged to pay up, I don’t think so.

From Dust releasing on PlayStation 3 September 14th and 27th