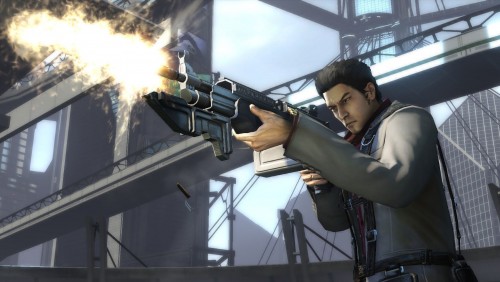 You have to admit, for a 112 year old man, Kazuma Kiryu looks like he is the same as we remember him from Yakuza 4. Team Yakuza is currently working on Binary Domain, which is a sci-fi shooter that takes place in 2080 Tokyo and anyone who picks up the game early in Japan will receive a code that allows them to play as Kazuma Kiryu online.

It is unfortunate that he can only be played online, however as you can see from the two images his outfit changes depending on what side you are fighting on. If you are playing on the Government team he wears his classic white suit, while those fighting with him on the Resistance will have him looking like a soldier. Binary Domain releases in February 16th in Japan and SEGA has already stated they will be released the title in North America as well. Hopefully he will also be a bonus character for those who purchase the Western version early. 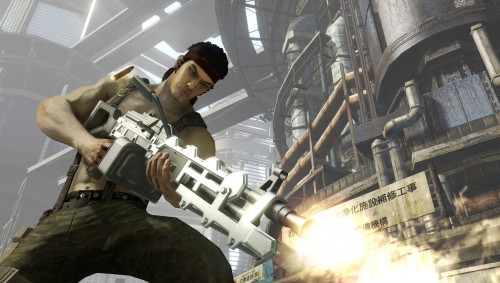 Don’t cross the Yakuza, they are spreading around the world