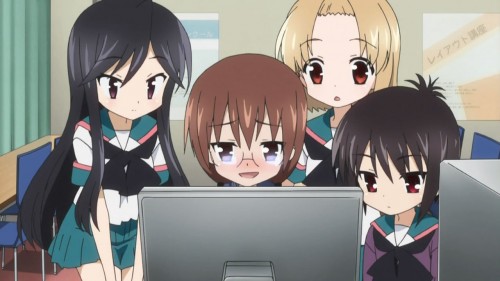 While there may be plenty of anime still expecting to be released this year, it is always good to know what type of anime we can expect to see in North America when 2012 rolls around. Sentai Filmworks has revealed what titles they plan on releasing during February of 2012 and most of them are ones we have come to expect.

The first release in February is Xam’d Lost Memories Complete Collection which will contain an English dub and is set for release on February 7th on both Blu-ray and DVD. The week after that the company will be releasing Hell Girl: Three Vessels Complete Collection. This is the third season of the Hell Girl series and will be available on DVD with only English subtitles.

After that however we have the release of the Broken Blade Complete Collection on February 21st. This release will have an English dub and is also being released on DVD and Blu-ray. Finally we have one of Sentai Filmworks most recent acquisitons, A-channel. The series will be released on Febraury 28th receiving only English subtitles much to the disappointment of some.