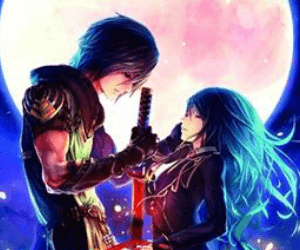 In continuation of its partnership with CAVE, Rising Star Games has announced they will be exporting another CAVE title out of Japan, to Europe in 2012.

Akai Katana Shin was originally available in arcades. This Xbox 360 version, scheduled for release in the first half of 2012, has been remastered for home consoles. The display ratio has been expanded to make full use of HD TV widescreen visuals, and the visuals rendered in HD.

“There is always something special about a CAVE game,” says Martin Defries, managing director, Rising Star Games, “and Akai Katana Shin is no exception. It’s
an exceptional shooter, which looks stunning in HD, and we’re delighted to be able to give it the full Rising Star Games treatment when we release it next year.”

Akai Katana Shin takes place in a fictional era resembling the years of industrial expansion in Japan, full of hope for reconstruction. Amidst record-breaking economic growth and technical innovation, the people of this era discover a new energy source, a mineral called Guiding Ore.

A powerful natural resource, this Guiding Ore held other mysterious qualities. It could be tempered into a blade, a “Guiding Katana” that endowed certain soldiers who held special symbols with access to a unique psychic power.

It was said that once this katana killed another human being, it would turn blood-red and endow its owner with an overwhelming power. It was this power that the Emperor Basho used to expand his reign, waging war on his country’s neighbors with an elite battalion who wielded the so-called “blood swords”.

Now only a small squadron of rebels stands against his empire and its most fearsome generals. The struggle for justice begins here. Akai Katana Shin will be released in 2012, on Xbox 360.