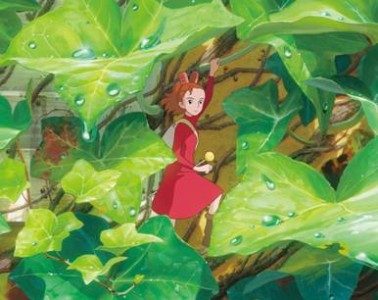 The official trailers for the upcoming Studio Ghibili animated feature Arrietty are now available for download, in both English subtitled and dubbed versions. Hayao Miyazaki, the creator of Spirited Away, Howl’s Moving Castle and Ponyo, brings to life the much-loved children’s novel, The Borrowers, by Mary Norton, for his latest feature. Given the amazing track history both Miyazaki and Studio Ghibili have for telling beautiful stories with breathtaking animation, Arrietty is sure to be no exception. Madman will be proudly releasing the title on 12 January next year.

Watch the trailer below to get your first glimpse at the whimsical adventure of 14-year-old Arrietty, who lives under the floorboards of a sprawling mansion set in a magical overgrown garden with her father and mother. Constructing their lives and belongings from borrowed items; their peaceful life is changed when the curious Arrietty accidentally allows herself to be seen by Sho, a 12-year-old human boy. The two form a friendship that grows throughout the length of the film.

The Philosophy of Japanese Animation?