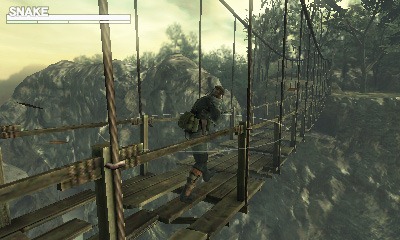 Metal Gear Solid has seen quite a few remakes lately, first we had the Metal Gear Solid HD collection which was released a few weeks ago in North America and now we have the upcoming Metal Gear Solid: Snake Eater 3D for the Nintendo 3DS coming out a few months into 2012. Now with all of these remakes, a few people may wonder why the company is releasing so many remakes and no actual new content.

Well, Kojima has taken to the stage in front of Japanese press to try and convince people otherwise. On the stage Kojima explained that Metal Gear Solid: Snake Eater 3D is not just a simple port but is in fact a completely recreated title that is optimized especially for the Nintendo 3DS. Unfortunately so far it seems that Konami is keeping tight lipped about any new content besides photo camouflage available for Snake.