Macquarie University’s three day gaming festival GAME On went out with an exciting bang on October 29 as the family festival day was host to a variety of creative and interesting indie developers. Alongside fellow editor Josh Spudic, I explored the campus, met some interesting people, played some quality games and enjoyed the relaxed atmosphere GAME On had to offer, leaving me looking forward to hopefully many more of these festivals to come in the future!

Upon arriving it was pretty clear that Microsoft was a big supporter of innovative thinking, sporting a rather large tent promoting a variety of creative Xbox Kinect titles. I decided to show off my ninja skills at Fruit Ninja Kinect like a boss, until “Spud” (oh yeah that’s Josh’s nickname, try and catch up will ya?) decided to break the high score of the day. Show off! For playing we were given a free pack of React 5 Gum in easily the most impressive and sophisticated packaging I’ve seen in my life. Upon heading downstairs (yeah this tent had stairs) we were introduced to a variety of other Kinect titles. I got my hands and feet on Sesame Street: Once Upon A Monster as well as Kinect Disney Land Adventures while Spud got a hold of Kinect Sports Season 2. We could’ve stayed there for hours as there was also Just Dance 3 and Forza Motorsport 4, but with such little time on our hands and so much left to see we were forced to march on!

We’ve reviewed a few of these titles in the past, feel free to check out these reviews for Fruit Ninja Kinect, Forza Motorsport 4, and Sesame Street: Once Upon A Monster. 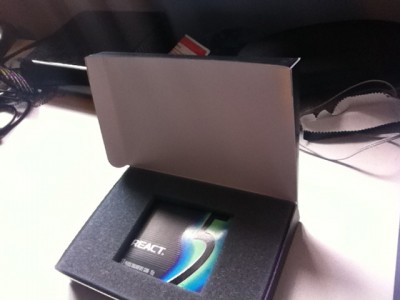 Being video game fans and journalists, it’s only natural Spud and I wanted to play some more video games so we ran over to check out the indie developers. First up we met a friendly bunch known as Convict Interactive from Wollongong, who are fresh out of University and seemed eager to be constantly improving their programing skills, looking for feedback and certainly not shy with expressing ideas they’ve been pitching to each other for improving they’re current titles. First we got out hands on Planetarians, a multiplayer shooter for Xbox 360 sporting some really interesting character designs. The concept was really interesting: you battle on a planet of which you can run around and shoot bullets outside the atmosphere, so you can use gravity to help base your strategies and tactics around defeating your friends. Unfortunately the game is currently put on hold, which is a real shame as it does show a lot of potential. 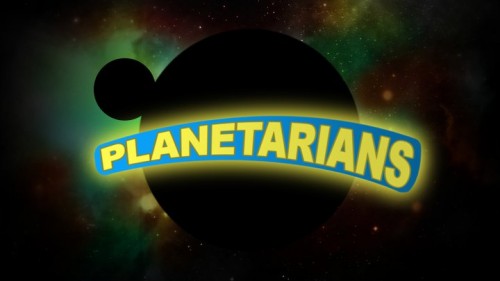 The big game Convict Interactive wanted to push was a punisher platformer called Triangle Man. In Triangle Man levels are just single screen, so everything seems really simple: you just collect coins, flip switches and reach the end. But no, It’s incredibly hard and the game will try and make you cry like a baby by insulting you with reminders of how many times you’ve died. The game is currently available for purchase via Xbox Indie Games in the Convict Minigames pack of 5, but the team hope to bring it to Steam sometime soon. The team seemed really excited to improve the game and discussed possible new features they plan to implement in order to add more content, including a world map, higher resolution graphics and a variety of alternative costumes. By the sounds of things if they can pull this off Triangle Man could turn out to be a really nice addition to the Steam platform, so keep an eye out for that in the future! 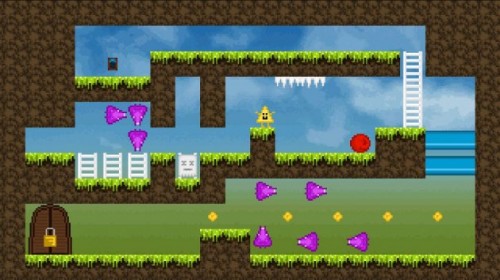 Without a doubt, one of the most popular booths people were saying ‘yes’ too was of Sydney developer Nnooo. I got my hands on WiiWare title escapeVektor: Chapter 1 which currenly stands as one of the highest ranked titles on the service to date. escapeVektor: Chapter 1 had a simple but effective approach to it, where players take control of Vektor who is trapped inside an evil CPU which you must help escape by using stealthy tactics, and had some really nice polish. Although I completely sucked at this game, I still really enjoyed it and must say it had some really nice polish to it. If your a fan of the WiiWare, it’s definitely worth checking out especially since it’s only 500 points so expect to get some pretty good value out of that! 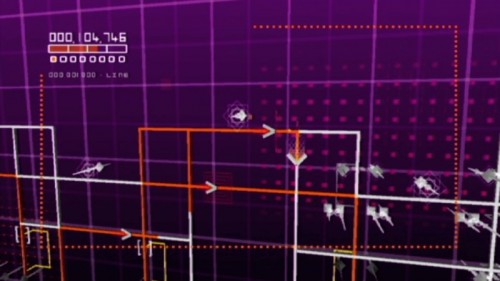 What really turned heads however was Nnooo’s upcoming DS title Spirit Hunters. The concept of Spirit Hunters blew me away: it’s a video game that aims to get kids to play outside. The game takes advantage of the Augmented Reality camera features of the device. In Spirit Hunters, players aim the camera at various objects to find different spirits and battle them. It’s a unique concept and very innovative. Keep an eye out for that one as it’s sure to be a hit!

escapeVektor Announced For The Playstation Vita