Welcome to Part 2 of the Staff’s Top 5 Geek Culture Crushes. Now sit down and get yourself ready for the rest of our wonderful crushes, and maybe even get be worried and amazed at our own choices. 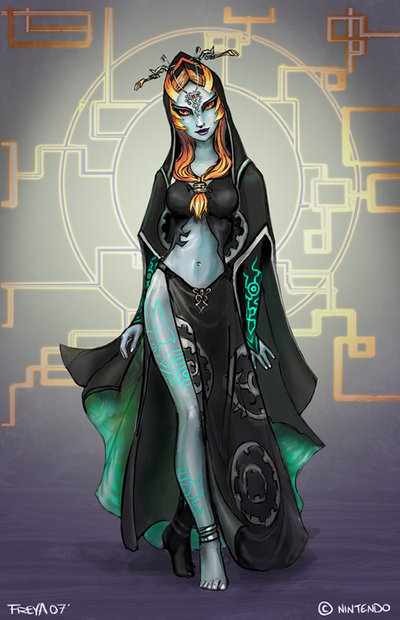 No#1 – Midna (Twilight Princess) – I so wish I could have been Link in Twilight Princess because I would have totally ditched Zelda for this babe. At the end of the game, Midna transformed back to her humanoid form as she left for her home world. Needless to say, Hyrule could defend itself from that day on.

No#2 – Tifa (Final Fantasy 7) – You know it! This brawling chicka would kick my butt. Of course I would let her anyway.

No#3 – Hermione Granger (Harry Potter: Deathly Hallows) – The character or real life persona Emma Watson would do just fine. Who else can go to Brown University and be totally innocent asking for a “rubber”. All she wanted was an eraser.

No#5 – Natalie Portman – She seems to be a popular choice no matter what discussion. She can wear her Star Wars costume or rap on Saturday Live and still be drop dead gorgeous. Thank you Natalie for making my heart stop! 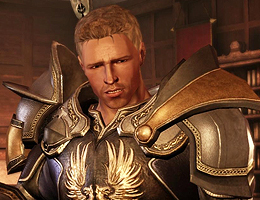 1. Alistar (Dragon Age: Origins) – This guy is just freakin’ adorable. So awkward and sweet, I like especially because he has no idea how cute he is. Who wants a guy who thinks he really hot anyway? Also has a sense of humor… Ah sweet animated perfection. Have you ever licked a lamp post? Wink Wink.

2. Green Lantern (Ryan Reynolds) – He is a whole lot of yumminess. Not a word, I know but I couldn’t think of anything to express how hot he is. I haven’t actually seen this movie yet. I am going to go see it with my sister so we can sit and oogle. Should be a fantastic couple of hours.

3. Dimitri Belikov (Vampire Academy novels and soon to be comic) – Ah…. the strong silent type. Has a slight russian accent and has a slight obessesion with westerns (he even wears a duster). He is loyal and extemely dedicated. Everything you would want a boyfriend to be.

4. Nathan ‘Nate’ Drake (Uncharted 2: Among Thieves) – Men love Lara Croft.. Women should love Nate Drake. He has a quirky sense of humour, smart, and athletic. Ah… having another mental image.

5. Black Widow (Scarlet Johansson) – First I would like to get it straight that I am indeed… well straight. However hot is just hot and Black Widow from Ironman 2 sizzled. Speaks several languages and can kick some serious butt. No sense of humour though… but still extremely attractive. 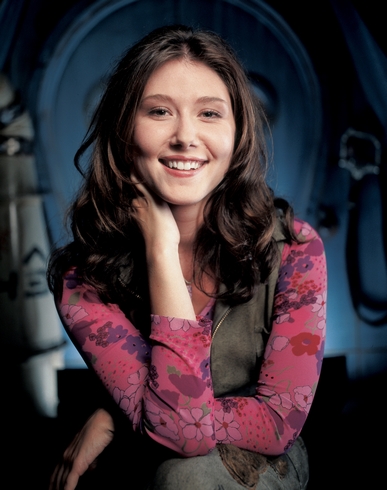 1: Kaylee (Firefly): Out of all of the Firefly girls, I personally thought that Jewel Staite, who played Kaylee the mechanic was the cutest out of the bunch. She had a kind and caring personality, but was also the physically cutest. Her happy bubbly personality and unique skill set made her an invaluable member of the show. Essentially she was the girl that the other crew members tried to protect, but she made herself seem capable in so many other ways. As caretaker of the ship, she was also one of the funniest characters becasue she could understand so many thing that the others could not.

2: Feldt Grace (Gundam 00): One of the supporting cast from the Gundam 00 series. Feldt is one of the few members of Celestial being who manages to survive the climax of season 1 to make a re-appearance in season 2. Initially, she started off as a shy, scoial recluse, but eventually came out of her shell thanks to her crewmates on the Ptolemios. In second season, she returned as a veteran member of Celestial being, and performed the role of combat supervisor for the Gundam Pilots. Her technical skills are sharp, and she’s cute as anything. She also presented herself as a potential love interest for the protagonist Setsuna F Seiei near the end of season 2.

3: Serra (Fire Emblem GBA): Out of all of the female compatriots that made themselves known in Fire Emblem 7, Serra was the only one to have her own soundtrack. Every time it played, you knew she was going to be the bane of whoever else she was talking to (particularly Erk, Hector and Matthew). Interestingly any of the 3 may end up getting together with her by game’s end. She has a very selfish personality that seems more driven by ignorance rather than plain self interest. She’s loud and clearly not particularly smart, but all the same she’s a hilarious party member to keep around. Additionally, her healing abilities are invaluable in the long run of the game. And as Matthew said “She’s quite cute… if only she could just… shut…up!”

4: Rena Lanford (Star Ocean 2, Star Ocean EX): Rena is one of the two main characters from Star Ocean 2. She’s a young girl from a small town that believes very strongly in the legend of a hero. She’s a VERY cute character, and she has a very nice personality. She’s kind to everyone she meets and her smile lights up the mood of the game.

5: Zoey (Left 4 Dead): Proving that hot chicks will survive the Zombie Apocalypse. Zoey is not only a girl with a cute face and great looking body, but hse’s a complete badass with her Zombie killing skills. She is by no means one of the typical damsel in distress types. She’s more than capable of handling herself. But even through the worst of the apocalypse, she still tries to add humour and a positive attitude to keep up team morale. 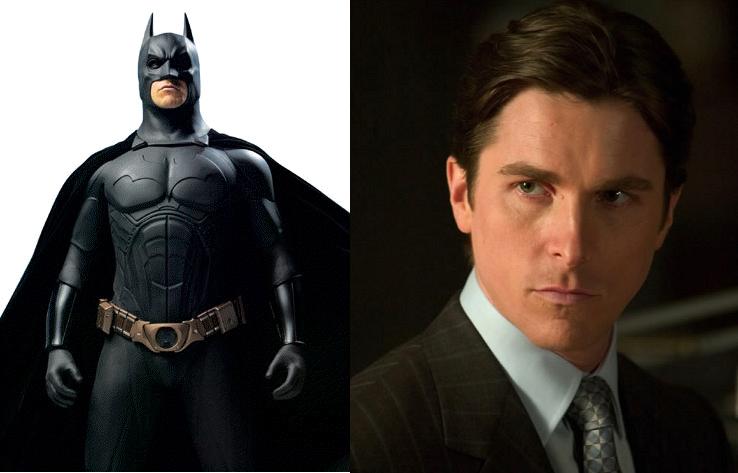 1. Batman (Christian Bale specific, though) – Some may find his ridiculously low voice annoying, but I for one think that the deep voice makes Batman one of the most intriguing and mysterious characters. A typical antihero, Batman exudes broodiness and sadness; however there is a spark of life in him that makes him a definite candidate for one of the most appealing superheroes. Also: The Batmobile. Need I say more?

2. Zack from FFVII and FFVII: Crisis Core – Man, I’d have to say that playing Zack in Crisis Core was perhaps a better experience than playing Cloud in FFVII. Zack is full of energy and life, and he always tries to do right by other people – plus, he wields his sword like a true hero (with a true hero’s muscles too).

3. Kairi Okayasu from Peach Girl – I admit, I NEVER watch anime or read manga, but when I was younger I stumbled across Peach Girl and fell in love with Kairi. He’s absolutely awesome, cares a lot about everyone, is nice to everyone, but is still not afraid to fight for what he believes in. Also, he chases Momo, the protagonist, unrelentingly…definitely a winner for me.

4. Roy Earle from L.A. Noire – Earle is everything I hate in a person, but damn, that guy has got some sort of appeal. He’s arrogant, rude, funny, arrogant, smart, and arrogant some more. You’ll always hear about how girls like arrogant guys, and my crush on Earle is most definitely proof.

5. Fernando Torres from FIFA – Yeah, I cheated. Technically not a video game crush, but I love Torres so much that you’re just going to have to accept it. And yes, he will score again this semester. With me. And for Chelsea. 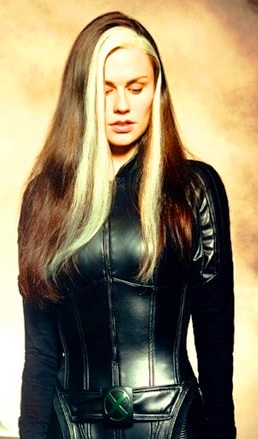 First of all, Rogue’s played by Anna Paquin in the original films, so that’s a win. Secondly, she probably has one of the coolest powers out of all the Xmen. She’s essentially a sexually frustrated succubus, which makes her more appealing and mysterious, at least to the guys.

Okay, the film is terrible, but this movie came out when big budget video game adaptions began. It held the title of highest grossing video game adaption up until last year (The Prince of Persia broke the record), not to mention it turned Angela Jolie into an international superstar. A hot one at that, it’s almost like the character Lara Croft was based on her, she was perfectly suited to the role.

She makes smart look pretty sexy, astrophysicist, engineer and pilot, A SEXY PILOT. I think the shows popularity really benefited from Sam and they never managed to get someone similar for the spin offs. Both of those series are now dead, Atlantis and Universe, but Samantha Carter is one of the most memorable characters (especially for the nerds)

*In Bill Comptons voice* JESSICA! This character is probably one of the only reasons I watch the show, if they kill her off I might stop. She’s the stand alone ranga and one of the sexiest vampire characters around. That’s a pretty hard thing to do in one of the hottest TV shows running, something like Twilight doesn’t even compare. SO HOT RIGHT NOW!

I probably don’t need to explain myself here, she’s one of, if not the sexiest woman from my generation. All they needed to do was put her in tight leather and everyones sold. Ryan Reynolds, why would you leave that?? 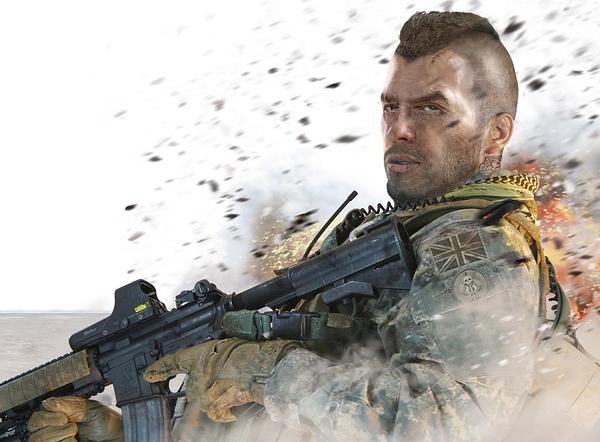 1. Soap Mactavish from Modern Warfare series. Ive been a fan of Soap’s since i began playing modern Warfare 2 a year ago. His good looks and accent got me. He’s the best character ever created…period

2. Jack Carver, Far Cry. At first i didnt like Jack’s arrogance but his bad ass attitude was awesome.

3. Isaac Clark, Dead Space. Who doesnt like the idea of a man fighting aliens to save his love?

4. Nathan Drake, Uncharted. I can now see all the fuss about Nathan. He’s charming, good looking and one hell of a climber

5. Sev, Killzone. Something about his loyalty and mohawk reminded me of someone…

Thanks for reading our lists and I hope we didn’t scare you too much.

If you missed it, check out PART 1 of our Top 5 Geek Cruhes here